So yesterday (December 6th) we took Blake to see Santa for the first time.
I don't know who was more excited Blake, Mummy or Daddy.

I love Christmas it's my favorite time of year and now we have Blake it is going to be even more special. We didn't do much last Christmas time as we were awaiting Blake's imminent arrival.

We decided to go and see Santa in Milton Keynes at the Center: MK.
Milton Keynes is where I grew up and seeing Santa in Middleton hall, with Blake like I had
done with my parents as a child was very special to me.

We arrived in Milton Keynes at 12pm so decided to have a bite to eat and pass the time looking around some of the shops as our booked time for seeing Santa was at 2:40pm
with needing to arrive 10 mins before hand.

When we went to Middleton hall Blake was in awe at all the Christmas lights.
He loves lights anyway but he was so excited and squealing.
We then had a look at what Middleton Hall had done this year. 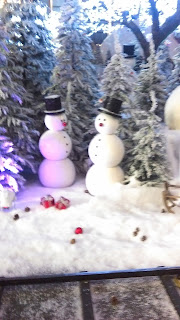 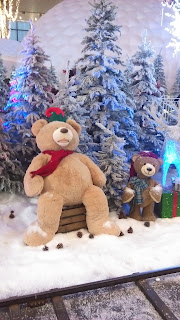 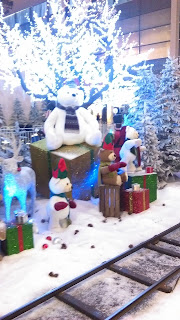 As you can see in the above images they had snowmen and polar bears there were also
penguins and other amazing figures dotted around.
They also had trees with fake snow on them and fake snow on the ground too.

There was also a train which cost £2 per person (we also had to pay for Blake)
Admittedly I wish that the train went round more than once, but I can understand that they
do that as the place is so busy.
I was also glad to see that both the train ride and the grotto areas had a place to park buggies. 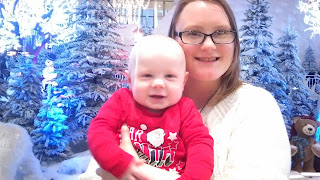 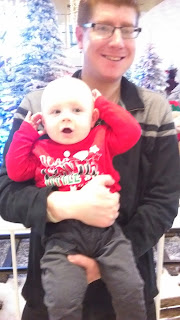 The photo's of both Me and Blake and Stuart and Blake have to be my favorites
other than the photo of him and Santa.

He was such a happy boy and when we went to the Grotto he was he's usually cheeky, happy self even though he was tired.

We got to make reindeer food and put stickers and add some color to Santa's special magic key. Blake was also given a Santa stop here sign to pop on his bedroom window.

We then joined the que to meet the man himself.
I was unsure of how Blake would be I was wondering if he would cry as he
was tired but I needn't have worried.

When we saw Santa, Blake was a little bit unsure to begin with but was happy to sit on his lap and play with his beard before having his photo taken with him and getting his present.

Even though Blake is little and wont remember this moment I'm glad we
have a photo of him with Santa to add to his memory box.

Have you taken your little ones to visit Santa yet? 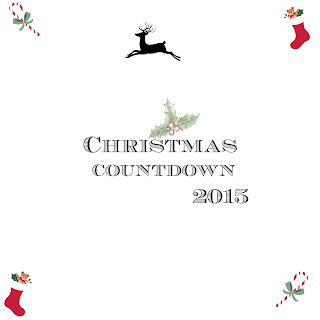