In the night garden live 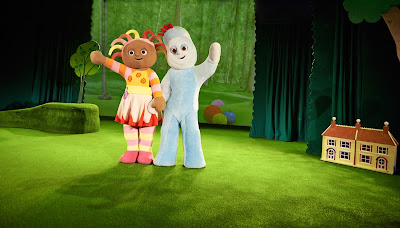 As a parent I must admit the songs are rather catchy and I sometimes find myself humming the theme tune during the day. Whenever Blake hears the theme tune he is straight to the TV and there is no getting him away from it. 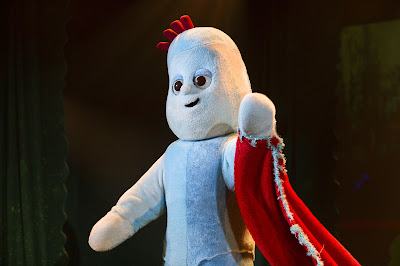 Blake is such an In the night garden fan that he has quite a selection of toys, books and clothing. His favourite is a large Iggle Piggle which Stuart purchased for him last year when we were browsing in Toys R Us. So I knew that I wanted us to take him to In the night garden live and so it was decided that we would make a weekend of it and travel up to Manchester. There are a choice of two shows; the Ninky Nonk show where Iggle Piggle loses his blanket and the the Pinky Ponk Show where Makka Pakka washes faces.  We went to the Ninky Nonk show. 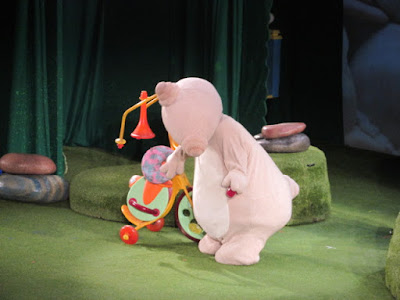 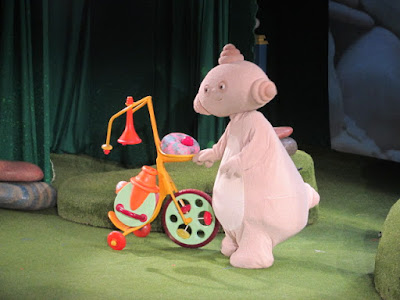 In the night garden live takes place in its own all-weather, purpose-built inflatable Showdome with many family-friendly facilities. This dome is a huge hit with children and parents and its theatrical experience makes audiences feel they are actually entering the magical world of In the night garden.

We ended up turning up at the showdome 1 minute before the show was due to start as we had actually got lost on the way. On arrival the staff were lovely - they showed us where to park our buggy and then took us to where there was space for us to sit.

Luckily we made it just in time for the show to start and when the theme tune started, Blake got very excited. The show lasted for about an hour and was like the TV program with the starry night scene at the beginning. They included most characters:
Iggle Piggle, Upsy Daisy, Makka Pakka, the Tomliboos and the Teeny Tiny Pontipines. 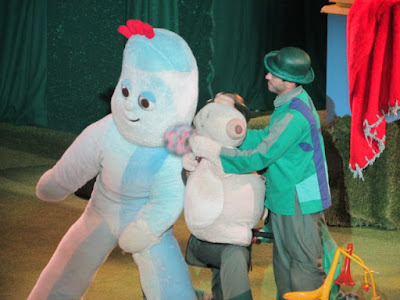 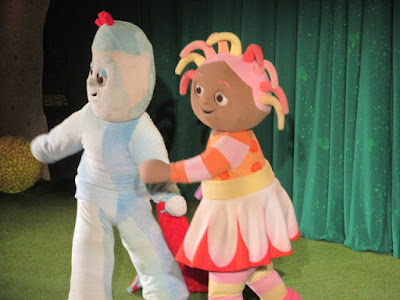 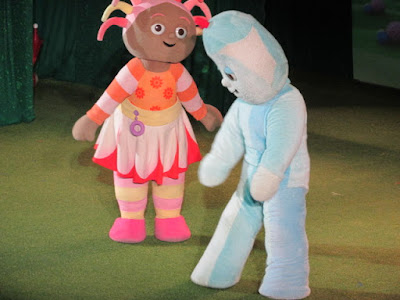 The show brought the dome to life with magical music, puppets, actors and full sized versions of Iggle Piggle, Uspy Daisy and Makka Pakka. Blake hardly took his eyes away from the stage and when he did it was only to look at one of us to giggle and smile.
The show is also narrated by Sir Derek Jacobi who is the voice of the TV show.

In the Ninky Nonk show Iggle Piggle loses his blanket and all his friends help him to find it.
All characters make an appearance in both shows so there will be no need for your child/ren to miss there favorite. Stuart and I were extremely impressed with how the show was put together and Blake was transfixed from the beginning. 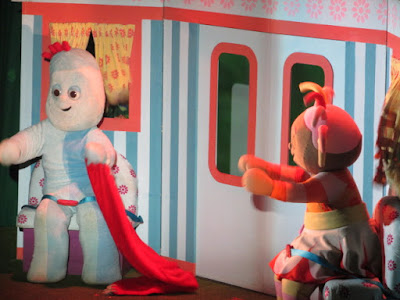 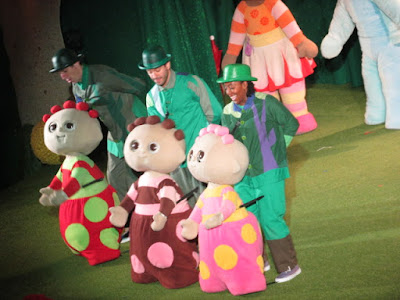 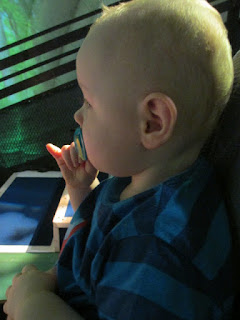 In the foyer there are plenty of souvenirs starting at as little as £5 so there is bound to be something you can find for your little In the night garden fan. We also picked up a goody bag that we had purchased in advance for £29 which on the day cost £39 with goodies worth over £60. The goody bags offer you great value. Because it's sold as a package, you get a big saving on retail prices. 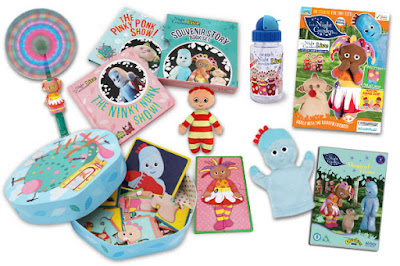 We are very impressed with the contents of the goody bag and there are things suitable for all ages. Blake especially loves the light up windmill and Iggle Piggle puppet. 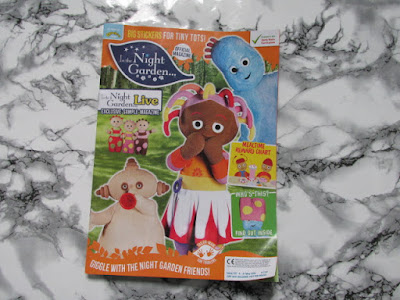 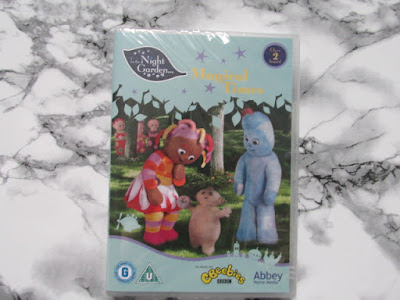 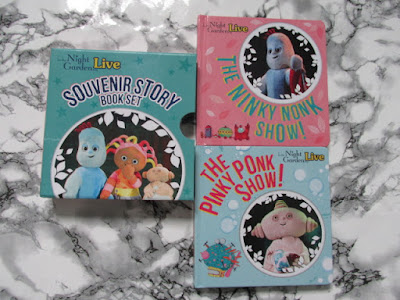 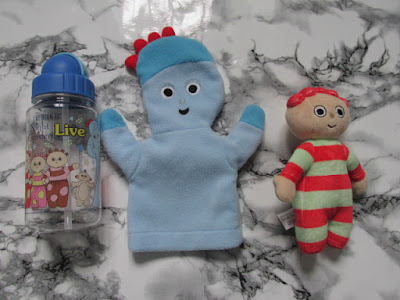 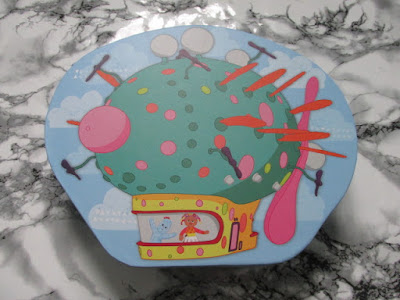 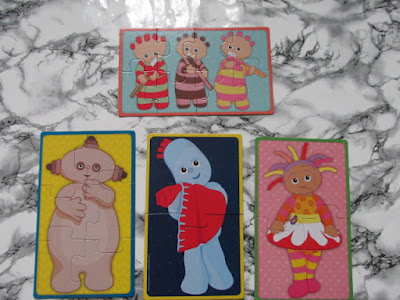 Last of all we chose to pay £15 so that Blake could meet Iggle Piggle. There was a choice of meeting Iggle Piggle or Upsy Daisy after the show. The special experience takes place in a private area when the only people present will be your family, an usher and the character.
The meeting lasts between 2-3 minutes where you will have the chance to have your photo taken.  The maximum number of people (children and adults) in one meeting is 5, of which no more than 3 can be children.

When we first went in Blake was rather shy on meeting his favourite character which made it hard to get a photo of just him on his own. However we manged to get one with all of us and as you can see Blake would rather look at Iggle Piggle than the camera. 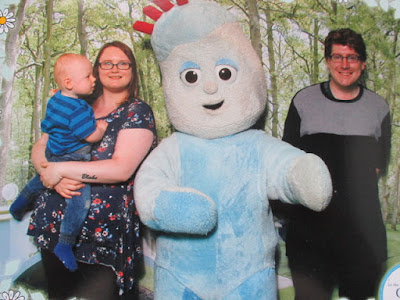 Overall it was such a fantastic family day out we all thoroughly enjoyed ourselves  especially Blake.