The pressures of hitting milestones 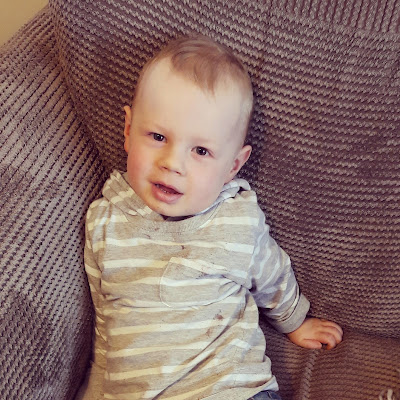 Every child learns at their own pace is a phrase I hear an awful lot, in fact I was taught it when I was studying childcare at college back in 2007/08. So why is it when you have a child of your own that there is so much pressure on us parents for our children to meet their developmental milestones?

Isn't it time to start ending our obsession of our children meeting their milestones and actually let them do things at their own pace? Since the age of one when we had a one year review with the health visitor we were told Blake was a bit behind in most areas.

This has meant constant reviews and filling in questionnaires every 6 months or so and referrals to different professionals. I was quite relaxed about Blake's development until others started to question why he wasn't walking (he did eventually at 19 months) and the questionnaires that the health visitor gave me didn't help with my worry about why he wasn't doing certain things.

He was referred for a medical assessment which he passed and he was then discharged from. Then the health visitor become concerned about his lack of speech and so he was referred to see a speech therapist who we are seeing at the moment every 8 weeks or so.
He has also had a hearing test which he passed and I had to undertake a chatter tots course last year for a few weeks to learn ways on which to help with his speech.

I don't disagree with the need of having a developmental timeline to catch severe developmental delays and I can see how it can help many families. I just feel that there really is too much pressure and competitiveness for children being able to do the same thing as their peers.

Blake was 19 months when he learnt to walk properly, some of his friends learnt at one year ,others around the 15 month mark. I feel as long as Blake is still learning even if he is a little behind his friends than that's OK.

I think it's time for us while they are little to enjoy kids being kids as at the end of the day. Once they start going to school that's when they will have to start thinking more about achieving things ready to be successful in life. 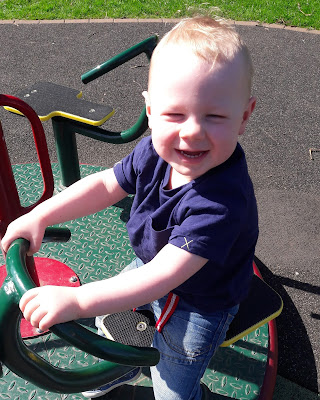