As I said in yesterdays post I am now trying to shift the baby weight and a stone or so more.
I was contacted by Malory Band last year but at the time I was pregnant but wanted to be involved in
trying out their product so I contacted them once Blake was born and have been testing out the Malory Band
over the last few weeks.

First of all Malory Band is a soft, narrow and adjustable cord which goes around your waist.
The band doesn't break,  stretch, rot, rub, fray or irritate.
You wear the band all day, every day as it acts as a reminder for when you have eaten enough, a bit like an external conscience.

I have to make sure that you know that the band wont MAKE you slim, since a healthy diet and exercise are the only ways to achieve lasting weight loss.
The Malory band however will act as a great support reminding you to cut back on how much you are eating for when you have made the physiological decision to lose weight.

If you want to chart your progress, you can buy a Malory Band clip-on bead. The bead attaches to the starting loop, so every day you can see how well you are doing. The bead also functions as a means to clip-up the tail, which grows longer as you lose weight.
The band may ride up, which is perfectly normal. It will find its natural position in time. 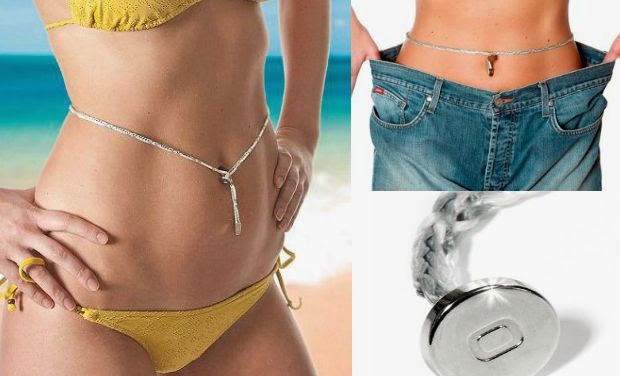 The first time I wore it I was unsure if it would work at all as to be honest it doesn't sound like something
that would normally work for me.
Once its on, you are aware that you are wearing it so I think that is how it works to remind you that
if you eat too much than you will put weight on.
It is a good idea but I don't think it really works as my eating had been bad over the last 4 weeks or so and
I had put on 7lb of what I had lost after having Blake.
I found that personally for me that the band didn't get tighter though.

It would be interesting to see if this has worked out for others though.