Baking is something we don't do often enough in our home. I am busy a lot of the time if I'm not playing with Blake I am out at groups or at the park with him. If I am not doing them things I am either cleaning or blogging and so sometimes find there just aren't enough hours in a day to bake.

That's why when Cake Angels got in touch to see if I wanted to make some cupcakes using their creepy cupcake kit and some sprinkles I jumped at the chance. 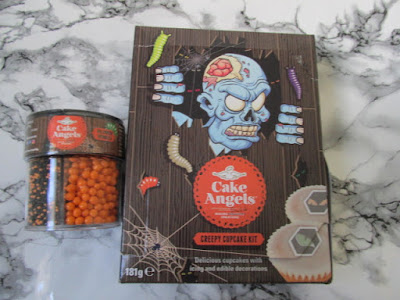 All you have to do is add 1 egg, 6g of butter and some water to the mix. There is even cupcake cases and some edible decorations included as well as some icing to make up by just adding a small amount of water.

This is how the cupcakes turned out after being in the oven for 15 minutes. One thing I have to comment on is that the box states that it will make 10 cupcakes I used 2 boxes and it only made 11 cupcakes instead of 20. 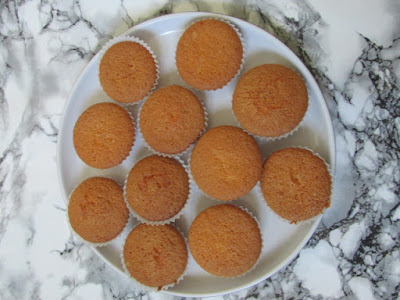 Once the cupcakes had cooled down there was the fun part making up the icing and decorating them.

The kit is simple to use which makes it fun for doing with children as its so easy to do.
Children will love mixing the ingredients and then decorating the cupcakes once they have cooled down. Blake isn't really interested in this kind of thing yet as he is more interested in getting into mischief climbing and running around. As he gets older kits like this will make baking fun and easy. 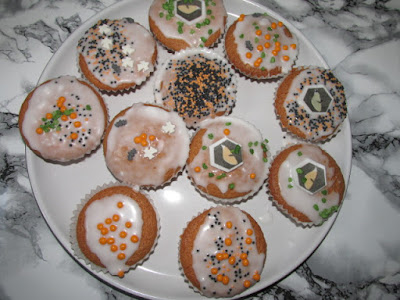 Have you used any of Cake Angels baking kits? Will you be making some treats this halloween?
Labels: baking Halloween