Ad – review. I was sent a copy of this book for review purposes and all thoughts are my own]

Today I'm involved in the book tour for Jason Arnopp's new novel Ghoster (Released October 24th). Jason is a British author and scriptwriter with a background in journalism.  Ghoster is his second novel with his first novel being The last days of Jack Sparks. 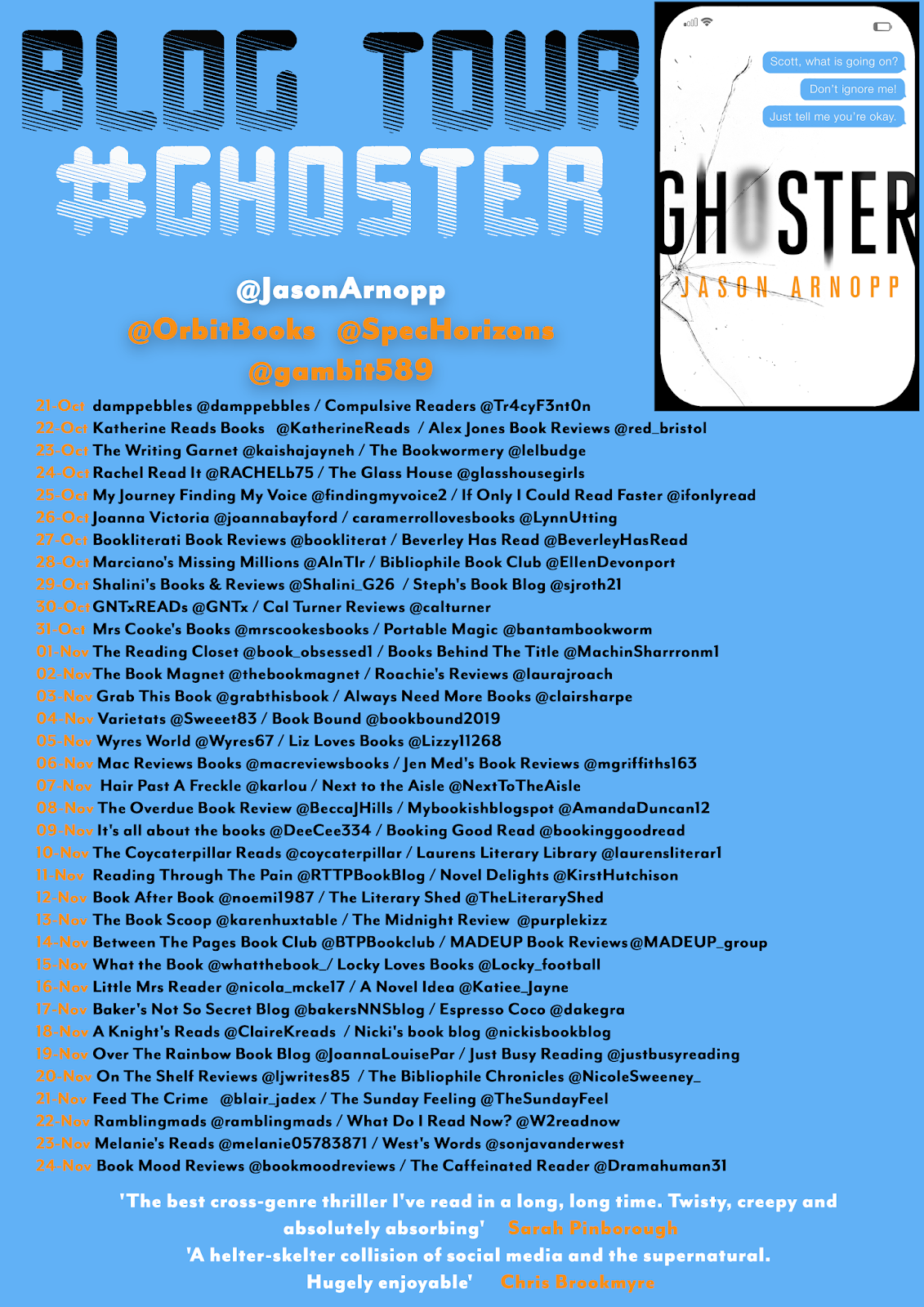 
Kate Collins has been ghosted.

She was supposed to be moving in with her new boyfriend Scott, but all she finds after relocating to Brighton is an empty flat. Scott has vanished. His possessions have all disappeared.

Except for his mobile phone.

Kate knows she shouldn't hack into Scott's phone. She shouldn't look at his Tinder, his calls, his social media. But she can't quite help herself.

That's when the trouble starts. Strange, whispering phone calls from numbers she doesn't recognise. Scratch marks on the walls that she can't explain.

And the growing feeling that she's being watched . . I love how thrilling, twisty and creepy Ghoster is. Those that know me will know that thrillers are my favourite genre and this one was such a delight to read. Jason's writing kept me gripped throughout and made it hard to put down.

I loved the characters Kate and her relationship with her best friend Izzy. I found their text messages in the book hilarious to read. I love that there is a bit of light humour included in this horror story.

The more you get into the story though the bonkers it gets that's all I'm going to say without reveling the ending.
Labels: BookTour Review