This week Blake has really been getting into Slime. Blake us really into sensory play and his Auntie Kim and Uncle Shem got him some Crystal Slime as a Christmas gift.

The set that they got him contains 8 pots of different coloured slime which have beads in them making it a fun sensory experience for Blake. 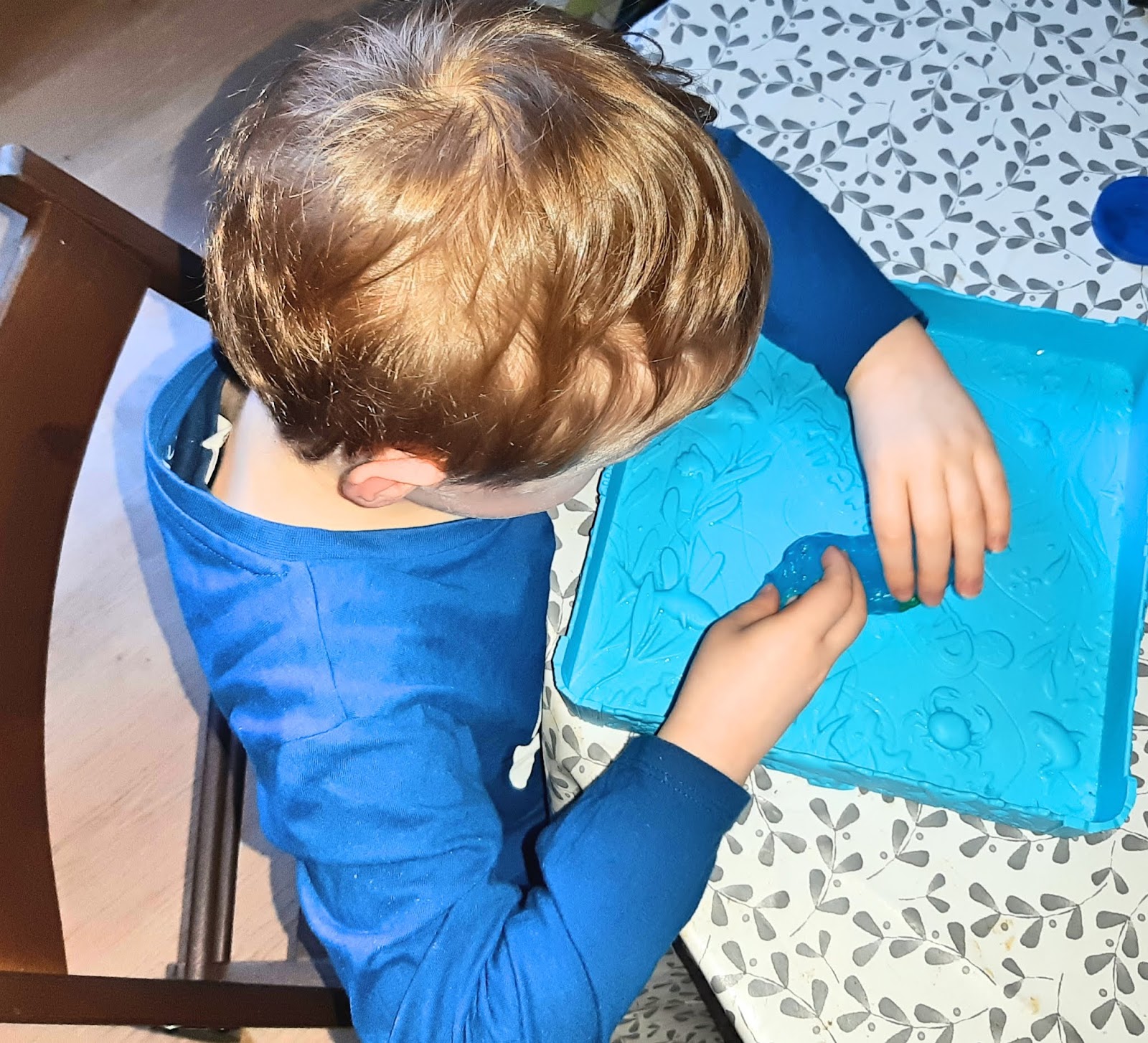 I've had to put some rules in place for when he is playing with it such as he has to play with it at the table and only when supervised. Thank goodness we don't have carpet downstairs! We used the box for his Kinetic sand to pop it in so he can have a few of the tubs out at once.

Blake loves squeezing and squishing the slime and taking the little balls out. One of the things he's absolutely been loving is lining up the slime like he does with his PJ masks cars. 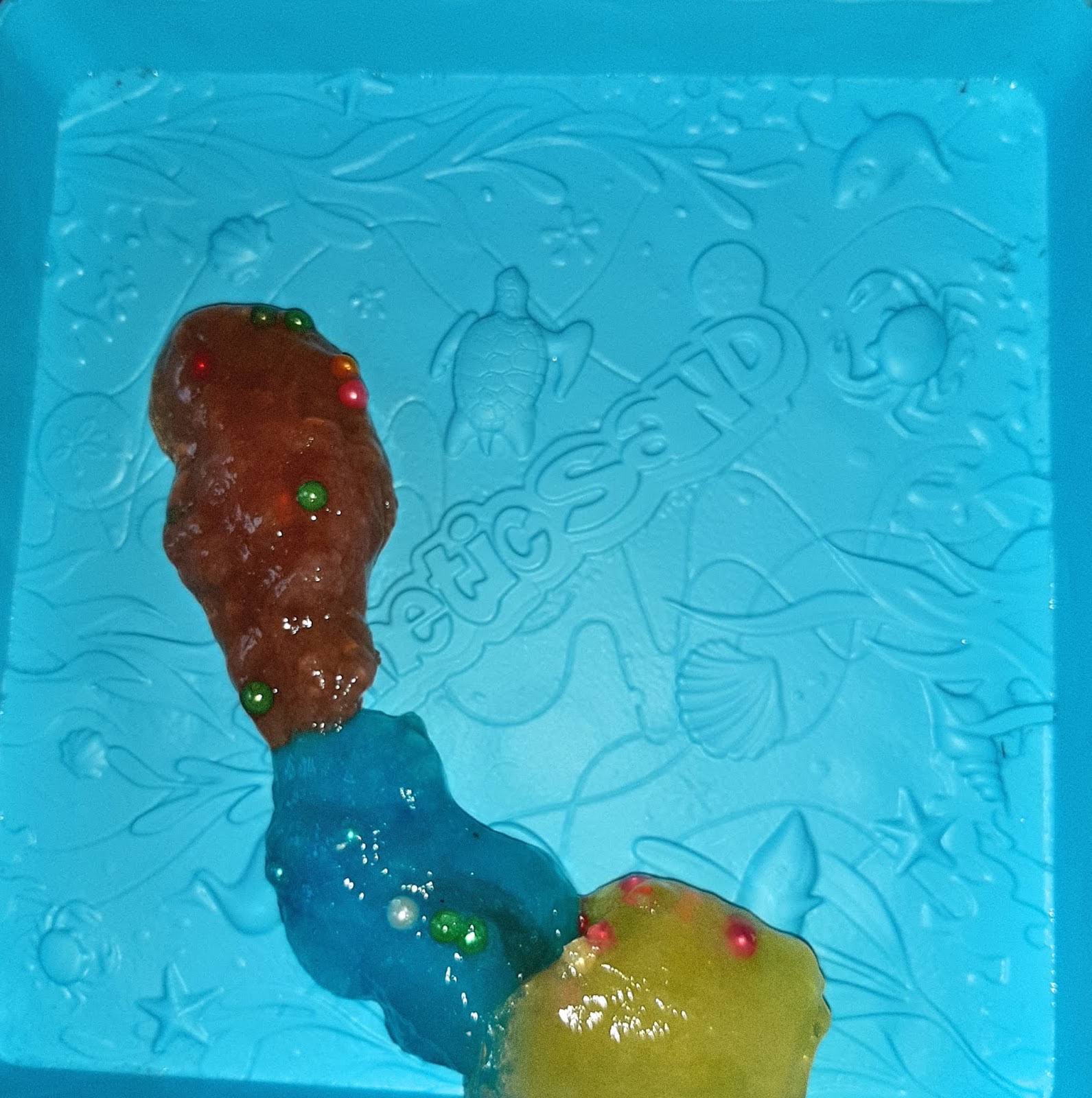 He's been playing with the stuff alot this week so its definitely a new favourite activity for him. In fact it's been played with most days since we opened the pack and more often then not its been more than once a day.

What I like is that it is a great activity for him to do to sit and just have a bit of quiet time.  Blake rarely sits still unless it's for something he is really into. 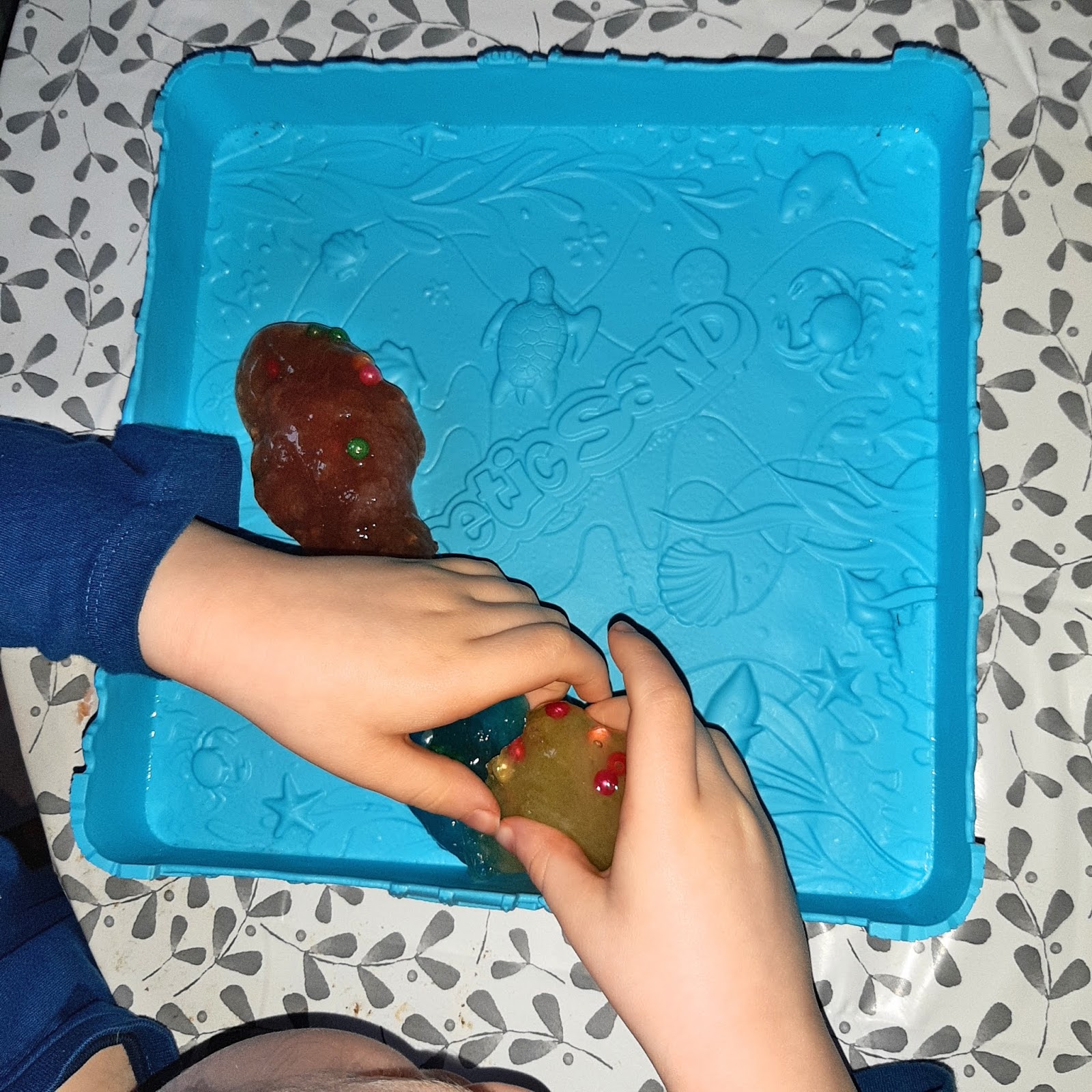 I can see that slime is certainly going to be our lives now and I'm sure eventually we will get to the stage where we will end up making our own.